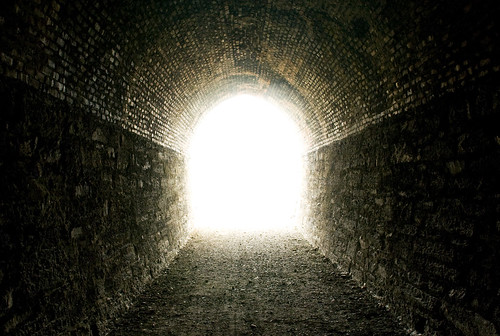 31 Quotes on Failure and Success

These inspirational quotes on failure and success are a follow up to Wednesday’s post, 7 Ways to Make the Most of Failure.  If you didn’t get a chance to check it out, just follow one of the links above.

What I hope you’ll get from this week’s focus on failure and success is a healthy dose of the motivation that we so often need in order to keep going.  Instead of running from failure, it’s time to wake up and realize that failure and success are team.  I hope these quotes will help you to embrace them both.

31 Quotes on Failure and Success

1. “Failure is, in a sense, the highway to success, inasmuch as every discovery of what is false leads us to seek earnestly after what is true, and every fresh experience points out some form of error which we shall afterwards carefully avoid.”
–John Keats

2. “Success is the child of audacity.”
–Benjamin Disraeli

3. “To fail is a natural consequence of trying, to succeed takes time and prolonged effort in the face of unfriendly odds. To think it will be any other way, no matter what you do, is to invite yourself to be hurt and to limit your enthusiasm for trying”
–David Viscott

4. “Success, or failure, very often arrives on wings that seem mysterious to us.”
–Dr. Marcus Bach

5. “The majority of men meet with failure because of their lack of persistence in creating new plans to take the place of those which fail.”
–Napoleon Hill

6. “Success seems to be largely a matter of hanging on after others have let go.”
–William Feather

7. “To succeed it is necessary to accept the world as it is and rise above it.’
–Michael Korda

8. “We must be the epitome – the embodiment – of success. We must radiate success before it will come to us. We must first become mentally, from an attitude standpoint, the people we wish to become.”
–Earl Nightingale

9. “Success is not final, failure is not fatal. It is the courage to continue that counts.”
–Winston Churchill

10. “If you’re doing your best, you won’t have any time to worry about failure.”
–H. Jackson Brown

12. “We climb to heaven most often on the ruins of our cherished plans, finding our failures were successes.”
–Amos Alcott

13. “The truth of the matter is that there’s nothing you can’t accomplish if: (1) You clearly decide what it is that you’re absolutely committed to achieving, (2) You’re willing to take massive action, (3) You notice what’s working or not, and (4) You continue to change your approach until you achieve what you want, using whatever life gives you along the way.”
–Anthony Robbins

16. “There are no secrets to success. It is the result of preparation, hard work, and learning from failure.”
–Colin Powell

17. “There are no failures – just experiences and your reactions to them.”
–Tom Krause quotes

18. “The trouble comes when we try to fashion our success to the outside world’s specifications even though these are not the specifications drawn up in our own hearts.”
–Howard Whitman

19. “Success is sweet and sweeter if long delayed and gotten through many struggles and defeats.
–Amos Alcott

21. “My imperfections and failures are as much a blessing from God as my successes and my talents; and I lay them both at his feet.”
–Mahatma Gandhi

22. “Failure doesn’t mean you are a failure… it just means you haven’t succeeded yet.”
–Robert Schuller

24. “Success doesn’t mean the absence of failures; it means the attainment of ultimate objectives. It means winning the war, not every battle.”
–Edwin C. Bliss

25. “We seem to gain wisdom more readily through our failures than through our successes. We always think of failure as the antithesis of success, but it isn’t. Success often lies just the other side of failure.”
–Leo F. Buscaglia

26. “Failure is nature’s plan to prepare you for great responsibilities”
–Napoleon Hill

27. “Finish each day and be done with it. You have done what you could. Some blunders and absurdities no doubt crept in; forget them as soon as you can. Tomorrow is a new day; begin it well and serenely and with too high a spirit to be encumbered with your old nonsense.”
–Ralph Waldo Emerson

28. “When a man has done his best, has given his all, and in the process supplied the needs of his family and his society, that man has made a habit of succeeding.”
–Mack R. Douglas

29. “Keep on beginning and failing. Each time you fail, start all over again, and you will grow stronger until you have accomplished a purpose – not the one you began with perhaps, but one you’ll be glad to remember.”
–Anne Sullivan

30. “Success is relative. It is what we can make of the mess we have made of things.”
–T.S. Eliot

31. “Don’t fear failure so much that you refuse to try new things. The saddest summary of a life contains three descriptions: could have, might have, and should have.”
–Louis Boone

That’s the end of today’s quotes on failure and success.  Oh…and I’m reminding you again to check out 7 Ways to Make the Most of Failure if you missed it.

As you move forward with the rest of your week, I hope some, if not all, of these quotes inspire you to overcome any obstacle that gets in your way.  Follow your dreams fervently and with the confidence that you deserve to have in yourself.   Remember, failure and success are the best of friends.

It’s comment time…What did you think of the quotes on failure and success? Do you have a favorite or would you like to add a quote that you love?

The Causes of Sleep Disorders In Children

Stop Wasting Your Time and Save Two Weeks a Year