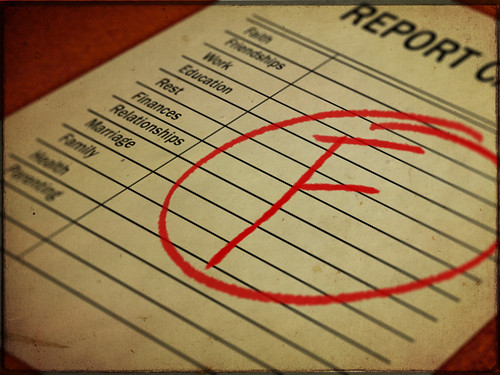 Now, you don’t have to tell me I have made mistakes in my life. I’ve made more than I can count and I love math. But one thing I realized throughout my 23 years living on this earth is nothing can be achieved without failure. Failure breed success and without it, success is impossible.

Today I show you how Mr. Failure taught me more than success ever could and 6 electrifying lessons that changed my life.

“I know this may be the first time you ever hear this but I’ve realized that, you, Mr. Failure, have taught me more than I could have ever imagined.”

Mr. Failure looks at me with droopy eyes. He sips his tea like I’m wasting his time. But that how he’s supposed to act- carefree, like a California G (general).  He smiled indifferently to the whole scheme of things and made me swallow my pride. I threw caution to the wind and continued to bare my heart, but was interjected my Mr. Success (Mr. Failure’s arch enemy).

Mr. Success waved at me. He had jewelry on each finger, almost blinding my vision. His hand waved back and forth, over the golden bracelet he had on. The cigar smoke in his left hand slid into the air like a kite, his face was so indescribably great that this author couldn’t give you a depiction even if he tried.

He sat on a bar stool right next to Mr. Failure. I was in front of both of them, on a table. We were separated by a white marble granite counter top.  Mr. Success and Mr. Failure always rolled together like tires and rims.

Mr. Success leans forward and says, “Hey, Why are you not congratulating me! And wasting your time,” he pauses before continuing in a thunderous manner, “OUR TIME! By acknowledging this silly,” he tosses his finger in the air like he was removing dust, “character that need not your or my ATTENTION!” He was referring to Mr. Failure.

At this time Mr. Failure sips his tea without having a care in the world. He leans back, puts his feet on the counter and opens up a newspaper. The headline reads, “MOST WILL NEVER SUCCEED AND I AM THE REASON WHY.” He smiled and continued to read the article like a Dr. Seuss book.

Long hair connects to his spine. Mr. Success continues to speak while Mr. Failure laughs throughout the classified section.

Mr. Success, in annoyance, shoved his left hand down his  pocket, pulled out a cigarette the size of an asteroid, dropped his previous smoke, picked up a lighter from the empty bar stool next to him, lit up the cigarette and continued to speak.

“Why have you not acknowledged me? Am I not the one who has given you all the success that you have ever desired?!?!” His voice rose and his eyes turned pitch black, dark, I mean real dark, darker than the career of actor Emilio Estevez after the Mighty Ducks series.

I looked at him, grinning my teeth and said, “You have, Mr. Success, you have.” I said this sincerely. Mr. Success inhales the smoke in a ticked off fashion, lets half of the smoke out, leans over with fake smiles and I continued to speak.

“But without Mr. Failure,” Mr. Failure leers over his reading material; I can only see his eyes from this angle and pieces of his cool grey beard at the moment. “I would have never been able to get this far in my life, thus never have met you.”

Through my peripherals I can see Mr. Success pick up his foreign car keys, slide down the banister railing, hop inside his Yugoslavian coupe the color of Grape Gatorade, splash off into the sunset with his middle finger in the air and a bit of the cigar smoke wrapped around his finger.

Mr. Failure snickers to himself, “Success has always been a sore loser.” I smile and continue to speak.

“You see Mr. Failure; you’ve done things, said very little, and showed me more results that offended my pride to the point of mental destruction than anything I have ever tried to master. You’ve never sugar coated your agenda. You’ve always been blatant with your emotions, and actions; you’ve kept it honest and continue to tell me in mini-whispers to quit.  And I just…” I stumbled over the next few words and gather my composure. He drops the newspaper, looks up at me and I say, “Thank you for always trying to keep me from reaching my GOAL because no dream would be worthy of my time, effort and determination without a couple of pushes down a few flights of mental steps.”

Mr. Failure rolls his eyes, shakes his head and tells me to get over it. I laugh, bow my head and leave the scene like super hero Batman does before the cops show up.

You learn more from FAILURE than you do from SUCCESS. It takes a lot to realize that, without falling a few times, getting back up and walking wouldn’t be so gratifying. Most are too scared to realize that failure created the Lakers basketball franchise, John Madden’s Super Bowl rings, Heinz Ketchup, Walt Disney’s Mickey Mouse, Luther Vandross albums, U2’s sold out concerts, this here blog, Dr. Seuss’ stories and much more.

When it comes to failure, acknowledge it and move on. Because you’ll learn more from FAILURE than you’ll ever learn from SUCCESS. This is why Mr. Failure is my BEST friend, he’s a much better teacher than Mr. SUCCESS. Mr. Failure makes you WORK for the grade, MR.SUCESS gives you all the answers.

Are you learning from Mr. Failure? What has he taught you?