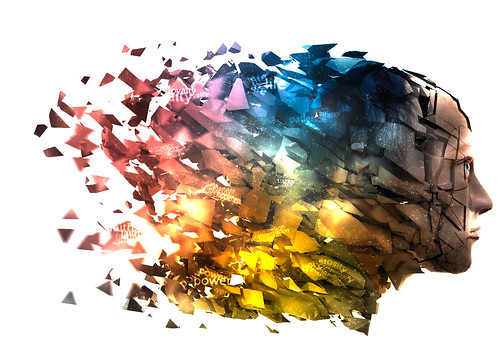 7 Ways to Make the Most of Failure

Despite several requests for me to write an article on failure, I haven’t written one in quite some time. It seemed to me that this subject has been discussed so many times that I’d be adding to the overkill.  But I dreamedb of failure last night and woke up to realize something very important.

It is not my purpose to judge what subjects are written about too often, or not often enough.  I made a commitment to the readers of this site—my extended family.  If, despite all the resources available on the subject, people still suffer from fear of failure or difficulty coping with failure; it is not time to stop talking about it.

I am a mere catalyst for the improvement, growth and development of others.  Whatever insight people need along those lines, I’ll share over and over and over for as long as I am able.

I hope you’ll find great value in this post, therefore realizing that failure is the most important success skill of all.

7 Ways to Make the Most of Failure

1. Watch those who don’t fail. Take a look around you at those who rarely fail.  You’ll notice very quickly that they are the people who rarely do anything worth talking about.  They are the living dead.  Paralyzed by fear of failure, they stop progressing, opting instead for the illusion of safety that comes with stagnation.

Even if you perceive the appearance of contentment, many of them are secretly miserable with their morbid existence.  Life isn’t meant to be something you just sit back and solemnly observe.  It is meant to be experienced, enjoyed, lived.  To refuse to fail is to refuse to live. So, ask yourself if you truly desire such a life or if you have the guts to fail your way to success.

2. Stop wallowing in sorrow. Ok, so something didn’t go the way you hoped it would. Crap happens!  This is not the time to weep, surrender and sulk.  It’s your call to move forward.

Accept what went wrong, tell your ego to get over it, and move on to the next best thing.  If you sit around dwelling on how horrible you feel about what went wrong, don’t blame the Universe, God or anyone else for your choice to stand in the way of your own success.  It’s okay to mess up; but don’t give up.

3. Take note of the lesson. You’ll never come upon a mistake that doesn’t contain within it a lesson, so make sure to grasp hold of it.  Ask yourself, “What did I learn from this ‘failure’?”  How valuable is the lesson?

Think about how this lesson will benefit you in a month, year, or decade.  Now sit quietly for a moment in a state of gratitude, giving thanks for the wisdom imparted upon you by what you call failure. From this state of gratitude, you emit a positive vibration that attracts your most wonderful desires.  This is the perfect place to start again.

4. Fail all over again. One the greatest—and hardest to accept—success skills is preplanned failure.  Of course you don’t want to keep failing in the same way, but you may as well realize that success often means failing multiple times.  Whenever something turns out wrong, you find yourself one step closer to the right way.

Instead of giving up and wallowing in self-pity, go ahead and fail again. Fail again and again- as many times as it takes until you run out of ways to fail.  The secret to success and winning is to continue trying without losing momentum. Thomas Edison said he first found 1,000 wrong ways to invent the first practical, electric light bulb. How many are you willing to try?

5. Remember childhood. You came into this world knowing how to do very little. You couldn’t even hold your head up, feed yourself, get from one place to another, or wipe your own butt.  You learned one thing after another, failing repeatedly until the goal was accomplished.  When you fell down after taking your first step, were you a failure? When you wet your pants at 1 year old, were you a failure?  No! You were perfectly you just as you are now. Unless you let fear of failure bring your life to a halt, you’ll continue failing, learning, growing and succeeding for the rest of your days.

6. Is it worth it? Take a look at the end goal you are trying to accomplish and ask yourself if it’s worth the failure.  How much do you really want to reach that target? How valuable is the end result to you?

If you’re chasing a dream that isn’t really your own, maybe your heart isn’t it.  But that’s not the case if your aim is something that you really want to do for you.  Success is possible, but you must want it so bad that it’s worth every ounce of weariness, pain, frustration, humiliation and disappointment.

7. Change your vocabulary. No matter how deeply you understand that failure is a prerequisite of success, the word failure just simply doesn’t feel good. It has many negative connotations that your mind may not be ready to let go.  Calling yourself a failure may never feel good.  Saying, “I failed” may always hurt.  The quickest way around this is to take the word out of your vocabulary, preferably by replacing it with another word.

Make up a word and give it this definition: The precursor to success.  Whenever you find yourself thinking or saying failure, correct yourself with the word you’ve designed as your personal reminder of what it takes to get where you’re going.

If you enjoyed these ways to make the most of failure, you’ll love Friday’s upcoming post, 25 Best Quotes on Failure. Be sure to come back and check it out.

It’s comment time…
What is your take on success and failure? Do you believe we need to embrace them both? What helps you to cope with failure in your life?

Getting Great Deals On Airfare When Traveling