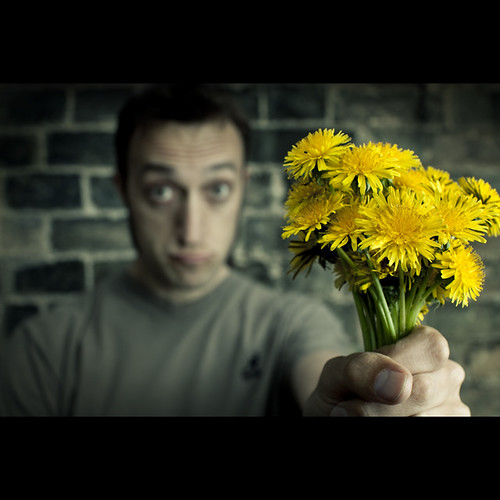 In both business and personal relationships, apologies have the power to make or break us.  Yet many people, even those with superb communication skills, find it hard to navigate in this realm. Pride, fear and self esteem issues place a barrier in the way.

Some people hate apologizing all together.  They’d much rather lose friends, customers, or even a marriage than to apologize.  Then there are those who apologize compulsively, saying “I’m sorry” so much that it loses its meaning. And then there are those who fall in the middle somewhere.  They don’t mind apologizing when appropriate, but they’re frustrated when they can’t quite figure out how to say I’m sorry in a way that satisfies the other person.

Yes, its complicated; but you must learn how to apologize effectively with different people and under different circumstances. Success in various areas of life are tied to mastering this communication skill; so consider trying some of the methods in the list below that you have not tried in the past.

How to Say Im Sorry

1) Save the comparisons. You don’t need to be the only one wrong in order to apologize.  No matter what another person says or does, it isn’t justification for your own wrongdoing; so make your apology about one thing: apologizing for what YOU have done wrong.  If there’s a need to discuss your own grievances and to explain why you deserve an apology too; save it for a separate conversation.

2) Say more than I’m sorry. An apology may seem more like an insincere cop-out unless you say what you’re sorry for.  So, always make it known that you are fully aware of what you’ve done.  Ex: “I’m very sorry for the inconvenience that my lateness has caused you.”

3) Admit wrongdoing. Many people only interpret an apology as sincere if the offender admits wrongdoing.  Instead of just hearing that you’re sorry, they want to know that you accept responsibility for what you’ve done. This can be verbalized in many ways, such as, “I made a mistake” or “I did a horrible job of managing my time” or “I was wrong for speaking to you that way” or “It was thoughtless of me to forget your birthday.”

4) Express regret. The proof of a sincere apology for some people is to know that the offender feels remorse.  Express feelings of regret by saying, “I wish I had not…” or “I’d take it back if I could” or “I feel horrible about the way I…”

5) Describe the better choice. When you explain to someone what you wish you’d done differently or what you should have done instead, it shows that you have actually taken the time to think about where you went wrong.  “I should have called to let you know I’d be late” is an example.

6) No ifs, ands or buts. Nothing crushes the effectiveness of an apology faster than an excuse.  Be careful not to make digs or play the blame game. An example of what not to do: “I’m sorry but…” or “I’m sorry. I just wish you wouldn’t back me into a corner like that” or “If you hadn’t said X, I wouldn’t have….”

7) Address unintended hurt caused. It’s sometimes tempting to avoid apologizing for unintended harm; but salvaging relationships is more important than being right.  Even if you weren’t wrong per se, it’s a good idea to apologize if someone feels offended.  Make it clear that you didn’t anticipate causing any harm and that you are sorry the person is angry, hurt, inconvenienced, etc.

8.) Propose ways to make up for it. The words you speak during an apology are sometimes just not enough, but atonement can make a world of difference.  Suggest or inquire about ways to make up for what you’ve done.  This may include any number of techniques for re-establishing trust, soothing hurt feelings, repaying what’s owed, or just proving that your apology is sincere.

9) Show that it’s genuine. An insincere apology is often evident in body language, so make sure to apologize when you are truly apologetic.  If you find yourself yelling, huffing and puffing, rolling your eyes or walking away during an apology; it’s likely because you don’t mean it. Appropriate facial expressions, postures and tone of voice come naturally when you are sincere.

10) Write it down. For those who find it hard to verbally express themselves, an apology letter can save the day.  It’s a great way to give something tangible to the person you’ve offended while also showing that you put forth significant effort to make amends.

11) Commit to change. Nobody wants to hear the same apology over and over again. It’s the upmost display of hypocrisy.  Make a commitment to change.  This may be as simple as saying, “I’ll do my very best to be more considerate” or “Now that I know how you feel about this, it won’t happen again.”

12) Ask to be forgiven. While it sounds strangely unnecessary to many, a request for forgiveness is the only thing that some people interpret as a sincere apology.  It may be as simple as asking, “Will you please forgive me?” or adding a similar question to your expression of regret.  In some cases, however, it’s necessary to find out what you can do to earn that forgiveness or to show that you deserve it.

13) Ask for help. If you know that you’ll have a problem changing a behavior that you’re apologizing for, ask for help.  This is far more effective than saying, “I will never____ again” when you know there’s a good chance you’ll make the same mistake.  Be realistic. Show your willingness to try by developing a strategy for improvement and asking for support.  Most people will respect the strength that it takes to admit and work on your shortcoming.

14) Explain how you feel. When you wrong someone, they may interpret your actions to mean something untrue. If it’s your boss, she may assume that you don’t value your job because you were late for an important meeting. Your husband may feel unloved because you forgot his birthday.  In any case, it’s extremely important to clear things up with an apology.  If you’ve given a negative and untrue impression, clarify what you wish you’d displayed instead.  Ex: “I did a horrible job of showing it but I really do appreciate (or love, respect, cherish) you.”

These are just a few examples of how to apologize in a way that truly says, “I’m sorry.”  If you have additional suggestions, please share them in the comment section.