Why Anger Management is for Everyone 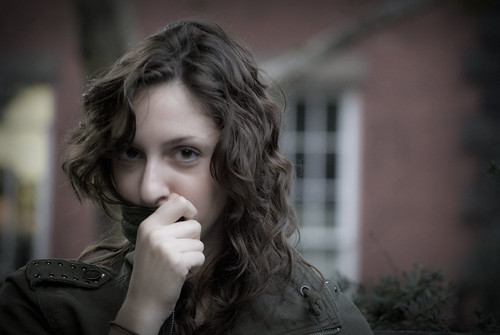 If you never lash out with aggression, you may consider yourself a person who has absolutely no anger issues and no use for anger management.  You may think that you have your anger completely under control or that you just don’t get angry at all.  Nice assumption!  But that doesn’t mean it’s true.

Everyone—including the most mild-natured among us—gets angry sometimes.  Anger is a natural, healthy emotion.  However, a multitude of factors like temperament and upbringing lead us to express anger in different ways.

Some people break down and cry, some people explode into rage, but most of us fall somewhere in between these two extremes when it comes to expressing anger inappropriately.

In the article, The #1 Communication Skill, I introduced the concept of assertiveness as a critical skill for getting your point across in a disagreement.  For many similar reasons, assertiveness skills play a vital role in helping us to appropriately manage and express anger.

The inappropriate expression of anger takes on different forms in different people, but there is definitely a common denominator.  It’s the apparent payoff, or temporary reward, that comes along with the method of anger management (or anger mismanagement) being used.

That payoff is generally temporary and it doesn’t take long for the undesirable, long-term side effects to negate the value of any benefits therein.

As children, we learn ways to express anger; but we have the ability to change these learned behaviors as adults.  To do so; however, you must recognize your approach(es) to anger, the temporary payoffs that you thrive on, and the consequences that you’ve suffered.  Only then can you begin to turn things around with effective anger management.

How We Express Anger

Here’s a quick look at 3 ways people approach anger issues inappropriately; as well as, examples of apparent payoffs and the resulting consequences:

A passive approach to anger may include pretending that you aren’t angry, “laughing it off”, apologizing when you’ve done nothing wrong, doing things you don’t want to do, “stuffing” angry feelings deep inside yourself, or substituting sadness and tears for feelings of anger.

Unexpressed anger is still anger.  It is real and it doesn’t cease to exist by being ignored; therefore, the passive person needs help with managing anger just as much as the person whose anger comes out in a disruptive manner.

Apparent/temporary payoffs of the passive approach to anger:

This method of expressing anger includes the silent treatment, underhanded revenge, “forgetting” to do things you agreed to do, sarcasm or snide remarks, intentionally doing a poor job of something you don’t want to do.  There are many other examples, but the common factor here is manipulation.

Apparent/Temporary payoff of the passive-aggressive expression of anger:

Aggression is the most easily recognized inappropriate expression of anger because it directly affects others.  Screaming, yelling, cursing and name-calling; as well as, breaking, throwing and hitting things, are all examples of expressing anger aggressively.

As you recognize and understand your own anger issues, it becomes easier to understand their impact and to turn things around.

Anger management isn’t about not getting angry.  It’s also not about getting your way or convincing people to agree with what you have to say.  It is about expressing your anger in a clear, assertive and non-manipulative manner that doesn’t disregard the feelings of others.  This is where assertiveness skills come in handy.

Nobody becomes a master of assertiveness overnight, but you can immediately improve your anger issues by simply being more mindful. Begin to pay close attention to your anger and make conscious choices about how to respond.  When you realize that you’ve expressed your anger inappropriately, take some time to think back over the situation and write down how you could have handled it better. There is no more perfect starting place.

I’ll revisit the topic next week to look at awesome anger management techniques that work for even the most explosive forms of anger. But for now, I’ll close with a sample scenario.

Example: Your spouse promised to clean the kitchen tonight while you run a series of time-consuming errands.  You return home exhausted after several hours only to find your beloved asleep and the kitchen in shambles.  What do you do?

Option 1- Cleaning it up and keeping your anger to yourself would be passive.
Option 2-
Loudly slamming cabinets and clashing dishes together as you clean would be passive-aggressive.
Option 3- Throwing a pot of food across the room would be aggressive.
An appropriate, assertive statement: “I feel deeply disappointed and angry because I expected to come home to a clean kitchen after running the errands as you asked.  It means a lot to me that you keep your word on this. Please clean the kitchen as you promised. Okay?”

There is no guarantee that your assertiveness will get the results that you want; but the same is true for the inappropriate methods you’ve used in the past.  The difference here is that you get your feelings out.  You aren’t stuffing anger inside of yourself, you aren’t leaving someone there to wonder what in hell is wrong with you, and you aren’t risking a domestic violence charge.  You are expressing your anger like an emotionally stable, respectful and respectable adult.  Who doesn’t feel good about that?

It’s comment time….What inappropriate methods do you use to express anger?  Do you find it hard to admit the payoffs that drive these behaviors?  Have you tried improving your assertiveness skills?  Do you find it difficult to control anger or  to handle anger issues differently?