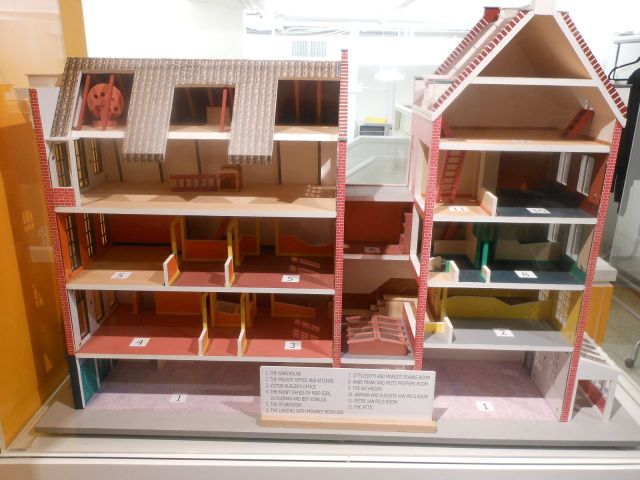 Most of us learned about World War II through the pages of Anne Frank’s diary. The 15-year-old German-Dutch girl was of Jewish descent, which means that in 1940s Europe she and her family were being persecuted by the Nazis. The family moved to Amsterdam, Netherlands when Adolf Hilter took power in Germany in 1934. In 1940, the Germans both revoked citizenship of Jewish people and occupied the Netherlands, trapping the Frank family in hostile territory. The family tried to flee to the United States, but their paperwork was never processed.

On her thirteenth birthday on 12 June, 1942 Anne Frank received a diary and started writing in it. In July 1942 the Frank family went into hiding in a secret annex concealed behind a bookcase in the building where Anne’s father, Otto Frank, worked. The only people known to have known about the secret annex were Otto Frank’s coworkers Victor Kugler, Johannes Kleiman, Miep Gies (and her husband Jan Gies), and Bep Voskuijl (and her father, Johannes Hendrik Voskuijl). They brought food and news of the war to the annex inhabitants and guarded the secret annex with their lives. If caught, each of these helpers could be put to death by the Nazis for helping the Frank family. Also living in the secret annex were the Van Pels family: Hermann, Auguste, and 16-year-old Peter as well as a friend of the family named Fritz Pfeffer.

In August 1944 the Nazi secret police (the Gestapo) arrived and went straight to the secret annex where they arrested everyone in the house and sent them to concentration camps. Anne and her sister Margot were sent to Auschwitz and then to Bergen-Belsen concentration camp where they both died in February or March 1945. Otto Frank was the only member of the Frank family to survive the holocaust. He fulfilled his daughter’s dream to become a writer by publishing her diary. The Diary of Anne Frank has now been translated into 70 languages and is one of the most-read books of the 20th century.

A new investigation led by historians and ex-FBI members has spent six years studying the case and now think they have identified the person who betrayed the Frank family to the Gestapo: a Jewish businessman named Arnold van den Bergh. Van den Bergh died in 1950, but during the 40s he was a member of Amsterdam’s Jewish Council. The Jewish Councils were set up by the Nazis to enforce Nazi rules as a way to keep non-Jews from hearing about the atrocities they were committing and getting involved. The investigators believe that van den Bergh gave the Nazis information about the Frank family in order to save his own family. Investigators also believe that Otto Frank knew who betrayed him but kept it a secret, as he understood why it happened and did not wish to fan flames of anti-semitism.

The investigation was featured on a recent episode of 60 Minutes and will be the basis of the book The Betrayal of Anne Frank: An Investigation.

Organizing the CRAZIEST Small Closet – You will NEVER guess what I found!!! 😱 😂 🤔